I owe Finn fans (henceforth, “the Finndom”) an apology.

It started with the advertising for The Force Awakens. Everywhere there was advertising for TFA, Finn was the only character shown wielding a lightsaber. Every billboard, every TV ad was John Boyega’s character confidently wielding the Jedi weapon. The implication was clear: he was to be our Jedi character in the Sequel Trilogy. With that, many people went into the theater expecting to see the first Black Force sensitive main character. What they got was a cruel bait and switch, the white female character was the Jedi character and Finn ended in a coma. No matter, many of them believed; he’d be revealed to be a Jedi in the next movie. Afterall, there were hints of his Force sensitivity throughout TFA and JJ had called John the co-lead. 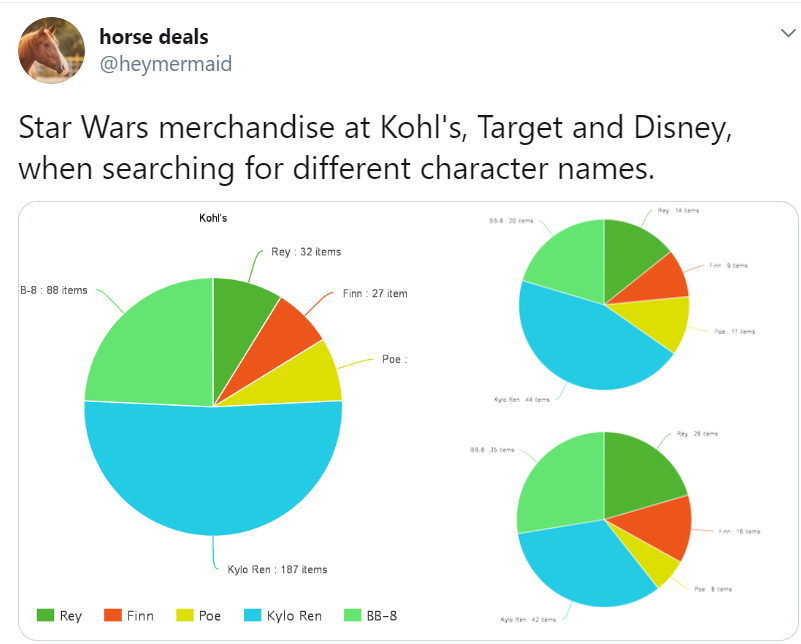 Unfortunately, to those paying attention, there were already disquieting signs. While #WhereisRey was raging, it was actually Finn who had the least toys available (#WhereisFinn actually made its debut during TFA’s release). Poe (originally slated to die in TFA) almost immediately received his own comic series; the existence of which only became more glaring as time went on without meaningful Finn content. Finn (31:45) had the most screen time after Rey (43 min), yet it was Adam Driver (19) who was submitted for the Lead Actor category at the June, 2016 Saturn Awards. The most egregious minimization of all, of course, was when his size was greatly reduced on the Chinese poster. Unfortunately, most, including myself, took little heed of these warning signs.

It was Celebration of 2017 that the wider fandom should have realized his character was being shoved aside. Despite being clearly setup and advertised as the male lead opposite Rey at the start of the trilogy, he was absent from the teaser poster and only had one scene in the teaser trailer. His absence in advertising only became more conspicuous as we got closer to The Last Jedi and the people trying to point it out became more frantic. For Finn’s Black fans, this was all too familiar and many were already heading for the exits, all too aware the Black character was going to be cast aside in favor of the white characters. It was thus little surprise when The Last Jedi did exactly that.

Instead, I thought they were overreacting and told them to wait for the movie. Finn was popular after The Force Awakens and surely The Last Jedi would do him justice. I defended his absence from the marketing, both to myself and to others. I thought I knew better.

Even after The Last Jedi, I concentrated on Rey, even with people calling me on it. ‘I was only analyzing the Canon information available and there was very little for Finn’, I would explain. In the end, this was an excuse as I should have wondered why there was so little Canon information for Finn. I should have asked why he was systematically being underrepresented and minimized in marketing, merchandise and media. I wanted to be seen as a ‘positive fan’ and failed to listen, much less speak up, for those who are so often ignored and minimized in our media and society.

I did not listen and therefore I did not lend my voice to the voiceless. I was complicit in the stereotyping and erasure of yet another Black person and for that I am truly sorry.