I Now Pronounce You Mrs. Skywalker: A (Semi-Serious) List Of Candidates to Play Rey’s Mother in Episode IX 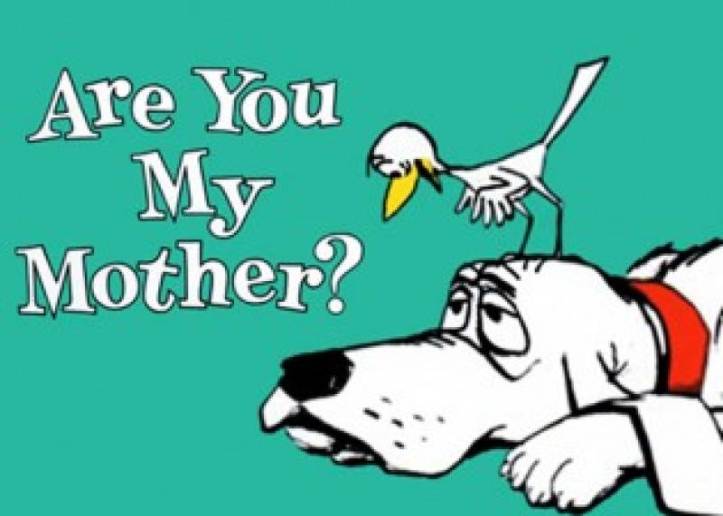 As we approach the middle of the post-TLJ, pre-Episode IX doldrums, it’s time for a little bit of fun, pointless speculation to make the days go by a bit faster. And what better way to do that than to spend several days meticulously compiling a list of all the actresses who could potentially play Rey’s mother in Episode IX? (There are probably better ways, I just chose this one). Below the jump, I explore which of these extremely similar looking British, brunette white ladies (insert beleaguered sigh here) is the best candidate to play the part, ranked in order from to least to most ridiculous. How serious am I about these choices? Not very. Or am I? Who can say. Read on to find out….

Pros: Well, for one thing, she’s Matt Smith’s girlfriend, so she’s already going to be on set from time to time. She’s also British, which earns her some points; and she recently dyed her hair dark brown–coincidence???? It’s easy to imagine that, with her proximity to the production, and her resemblance to Daisy (Look at that smile!) JJ would ask her to step in for a cameo as SkyMom, especially given that she’s not currently filming anything else, per her Wikipedia entry.

Cons: Not many…? Honestly, I think she’s the best pick. If I’m right you all owe me a drink.

The smile! The eyes! Look at her!!

This is the best/worst kind of couple. This is the couple that pops up on your Facebook feed and makes you wish you could hate them, but no, they’re just genuinely radiantly happy and adorable and beautiful together. They’re also really fucking nice. Ugh. What a great, stupid couple.

Pros: Is already in the movie, for one thing. Was cast in a role with the same name as Luke’s wife from the EU novels. Is more or less the same age that Luke was at the time of Rey’s disappearance, give or take a few years.

Cons: Okay, I lied, they’re not ALL British. Which doesn’t really matter, but it would certainly make Rey’s accent seem a little less random. The character of Mara in IX is also supposed to be as old as 50, which is significantly older than you would expect Rey’s mom to be at the time she disappeared. It’s possible she’s still alive, too, but that opens up a whole other can of narrative worms–to paraphrase Oscar Wilde, to think one living parent is dead your entire life can be regarded as a misfortune, to think both are dead looks like obliviousness.

Pros: Definitely has that badass edge that we’re hoping for from Rey’s mother. The resemblance is also notable. Plus, she has experience playing cool action-y love interests, so she’d be a natural choice to play the wife and mother, respectively, of two totally badass protagonists.

Cons: Her badassery actually makes her potentially–dare I say it–too cool to play Luke’s wife? We all love Luke Skywalker, but fundamentally he is a human Golden Retriever and I’m not sure his personality could stand up to the amount of sheer chutzpah that Atwell brings to the screen. That being said, if they went with a Mara Jade-like character, you could do worse.

She’s got the same vibe as Daisy, which does 90% of the work for her. There are some other similarities, though, and overall it’s believable that the two could be related.

A gorgeous couple with a constant threat of one party being able to probably physically break the other party in half if she wanted to. 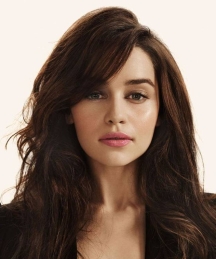 Pros: A character with some potential Mara Jade parallels, which may be a hint at her future role. Already exists in canon, which gives her a leg up over some other options.

Cons: First and foremost, she’s about 10 years older than Luke, which would make her around 40 when Rey was born. That’s not TOTALLY out of the realm of possibility for a woman to give birth for the first time, but it is out of the ordinary. It’s also a bit of an awkward setup to have Han’s brother-in-law and best friend start dating his formerly evil ex-girlfriend. She also really doesn’t have much in common with Luke, or Rey for that matter.

Some superficial similarities, but not nearly as close as some of the others here.

Daisy Ridley with some Mo-Cap or Something 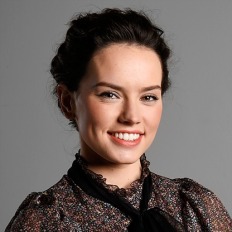 Pros: I mean, it would certainly be the simplest option. Just add a few tweaks to make her look less like Mark, and presto, you have the perfect genetic counterpart to create baby Rey!

Cons: It would be BONKERS creepy, both in an uncanny valley way, and an “I don’t want to see the same actress play Mark Hamill’s daughter and love interest” kind of way. Please don’t do this, Lucasfilm.

Let’s…not dwell on this one.

Felicity Jones OKAY HEAR ME OUT

Pros: Okay OKAY just HEAR ME OUT here. Jesus. For one thing, she was the world’s lead theory for Rey’s mother immediately post-TFA, just like Luke was the lead theory for Rey’s father. And since Lucasfilm seems to be dying on the hill of “the best plot twists are when you convince everyone the most obvious answer is wrong until the very last minute, when you reveal it was the right answer all along,” who’s to say they’re not moving in this direction with Rey’s mother too? Jyn is in the Rebel Alliance, she has parallels to Mara Jade, and she’s (another beleaguered sigh) yet another white British brunette, like Daisy Ridley. Aside from all that, how cool would it be for Rey’s mother to be a badass character with her own movie already? So cool, that’s how cool.

Cons: So THEORETICALLY, hypothetically, in a certain sense, one could say that Jyn Erso may or may not have “been on a planet during a giant fucking explosion” and/or “canonically died.” But has that ever stopped Star Wars before? You bet your ass it hasn’t. There have been a number of theories about how Jyn could have survived the destruction on Scarif, most of them revolving around the kyber necklace her mother gave her, which seems to grant her almost superhuman abilities to survive dangerous situations. Or maybe someone went wandering into the World Between Worlds and rescued crispy burnt-up Jyn Erso from the jaws of death or something after she was exploded on Scarif. Who are we to say that Jyn didn’t then go on to rejoin the Rebel Alliance, where she met a young war hero named Luke Skywalker and gave birth to a baby girl with him some years later? Come on. Don’t be a buzzkill here. Play with me in this space.

I’m aware that the “being almost certainly vaporized” thing is definitely a bigger stumbling block than this, but also Felicity Jones doesn’t look anything like Daisy Ridley. But Daisy Ridley does look like Lyra, Jyn’s mother, just like she resembles Padme, her grandmother on the other side of the family, so I added a few points for that. Genes are weird, I don’t know.

Opposites attract, I suppose? She’s tough and sarcastic, he’s sunny and optimistic, they’re both badass space heroes–it could work. You know what? Screw it. Jyn Erso for SkyMom 2k19: Because Why The Hell Not.