Highlights from the Solo: A Star Wars Story Official Guide 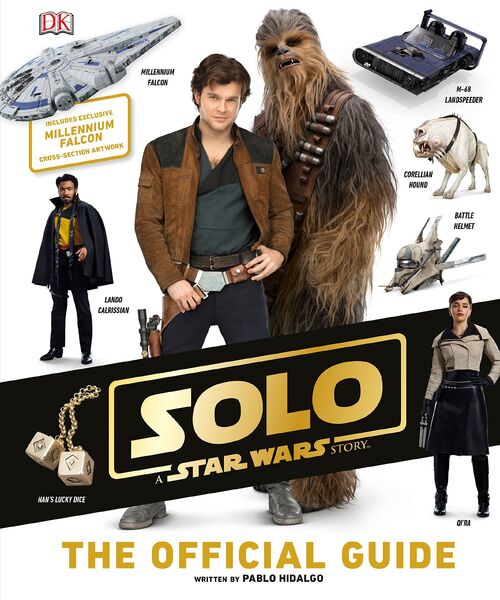 In addition to the movie, the Solo Reference Guide comes out today and I’ve put together a summary of the most interesting bits and pieces. Warning, some spoilers for Solo follow.

Dryden is a collector of antiquities. He has:

Coaxium is a form of hypermatter used for lightspeed travel, bridging ‘realspace’ and hyperspace. A hyperdrive is built with a thin coat of Coaxium and operates by energizing it which allows for entry into the dimension of hyperspace. Coaxium originates in the organs of purrgil, space-travelling creatures.