How I Met Your Mother: Rey Skywalker Edition – The Cover Up 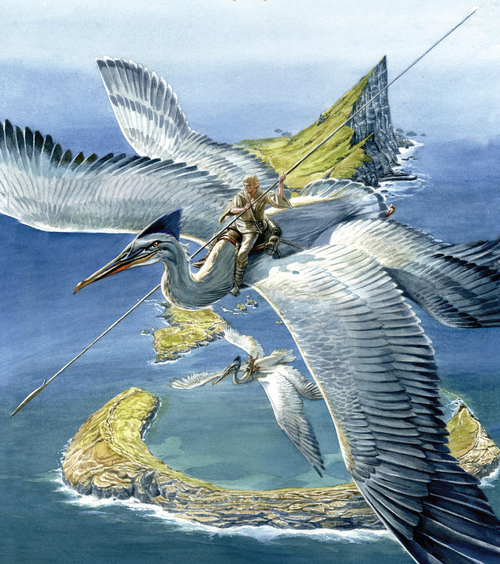 Legends of Luke Skywalker badly wants you to think two characters are the same, but a careful reader will realize that’s impossible.

Legends of Luke Skywalker is structured as a series of stories within a story. The stories are told around one central framing story, about a group of people aboard a ship called the ‘Wayward Current’, travelling to Canto Bight.  Many of the people aboard the ship are children and young teens, including a girl named Teal. Throughout the novel the characters take turns amusing each other by telling stories about Luke set at various times throughout his life. Some of the stories are obviously exaggerated or in error, others seem far more plausible.  Among the stories, Fishing in the Deluge is one that seems much more plausible, though it still has some obvious exaggerations.

The narrator of Fishing the Deluge, Flux, is an enigmatic young woman who 15 year old Teal has been helping hide aboard the Wayward Current. When we first meet her, she is described as being only a few years older than Teal with black hair and in a simple white dress. Teal found Flux in one of the fathier stalls at the start of the voyage and has helped keep her hidden. However, the woman has largely kept to herself and Teal knows little about her. It is only after Teal recounts the two stories she heard about Luke Skywalker earlier in the night that Flux opens up.

In Flux’s telling of Fishing the Deluge, she describes twelve year old Aya’s near death and subsequent rescue by a man named ‘Seeker’. Then how the man convinces the village elder to allow him to attempt their trials so that he might learn their tradition about the Force (called the Tide) and then how Aya guides him as they circumnavigate the globe. The story ends with ‘Seeker’ having technically failed his last trial, but still having learned a big lesson. Inspired with her time with him, Aya vows to explore the galaxy one day.

Through it all, the reader is nudged to suspect Aya is actually Flux herself (who is Force sensitive). Indeed, Teal herself wonders it immediately after the story:

Are you Aya? Have you left home finally to see the galaxy?

When she departs at the end of the story, Flux thanks her new found friends for letting her see more of the galaxy which would seem to confirm Teal’s suspicions. Yet, there are a number of anomalies and inconsistencies with this interpretation and a careful reading and analysis of the other stories and the framing story itself points to only one conclusion: Flux is too young to have met Luke when the story is set.

We know that Flux’s story takes place after Return of the Jedi. In determining how long after Return of the Jedi it could have taken place, we discovered something interesting. Luke in Fishing in the Deluge is still seeking out Force lore and hasn’t yet fallen into despair, there is no mention of his damaged hand, and he isn’t trying to recruit the Force sensitive Lew’elans to be Jedi students. His demeanor is also that of a young Luke Skywalker. He’s still actively learning about the Force himself and willingly submits to the customs of the Lew’elans in the hope that they will teach him their ways. In this story a Jedi Master, he is not. Also, the sixth story, Bigger Inside, mentions the events of Fishing in the Deluge despite the narrator for Bigger Inside not being present when Fishing in the Deluge was told. Bigger Inside also depicts Luke as a young man. He has a beard in that one, but there is no mention of his damaged hand. All of this makes Luke out to be a much younger man in this story than he would be if the story occurred closer to the Sequel Trilogy. Given Luke’s behavior, the most logical place to put Fishing in the Deluge is several years after Return of the Jedi.

However, in the first story in Legends of Luke Skywalker, the Myth Buster, the storyteller meets Luke as an older man with graying hair and a point is made about his hand not already being damaged. She also directly references the First Order in the course of the story. We know from the canon novel Bloodline that even Leia didn’t know about the First Order as late as 6 years prior to the events of The Force Awakens. This means the framing story can’t possibly be any earlier than just a few years before the Sequel Trilogy because the existence of the First Order is widely known.

The novel gives the impression that Flux is in fact the girl from her story, but that doesn’t line up. Teal, the young girl that Flux tells the story to, describes Flux as being just a few years older than she is. However, if Aya/Flux is 12 in Fishing in the Deluge and Fishing in the Deluge takes place when Luke is still a young man, but the story is told when the existence of the First Order is known by the wider galaxy, then there is a 10 year gap at minimum between when Fishing in the Deluge needs to take place and when the Framing Story takes place. That time gap means that if Flux is Aya then she would be in her early 20s at the very very youngest when she tells the story. That would make her closer to 10 years older than Teal, not the “just a few years older” that Teal says. The closer you place Fishing in the Deluge to Return of the Jedi (which makes more sense given how Luke is portrayed) the older Flux would be in the Framing Story, if she is in fact Aya. Obviously Flux is not Aya, she’s too young. Yet the novel does everything it can to try to get the reader to believe that she is.

There are other hints there’s more to this young woman’s story than she lets on. The first oddity is Flux doesn’t recognize Luke’s name when Teal tells her the stories she’s heard. It is only when Teal mentions the X-Wing that Flux shows recognition. Further, Flux is reluctant to tell Teal this story, saying: “Where I’m from… I’m really not supposed to…”  This heavily implies that she is keeping a secret she knows she isn’t supposed to disclose, but she chooses to tell the story anyway. Finally, Flux itself is a pseudonym. Flux only tells Teal to call her that after sharing the story. If she was indeed Aya and the story is about her, then why would she feel the need to use a pseudonym? It is very odd indeed.
So what is so important about Fishing in the Deluge, and Aya specifically, that the author and Story Group would go to such great lengths to mislead the audience like this? It is there that we think the key to the biggest secret of the sequel trilogy lies.